The Champfleuri Bible Camp in beautiful le Champ Pres Froges, France. This camp, in the southeastern part of France, nestled in the foothills of the Alps, is primarily run by France Mission (www.france-mission.org), with the assistance of three other evangelical organizations: the Torchbearers (www.torchbearers.org), FM Jeunes (www.fmjeunes.org), & Le Conseil Nationale Des Évangéliques de France (www.lecnef.org). The camp's site is www.champfleuri.org. Check it out if you get the chance.

Once on the site, click "Séjours" at the top of the page, then "Les Camps et Colos," and then finally "Camp TED." 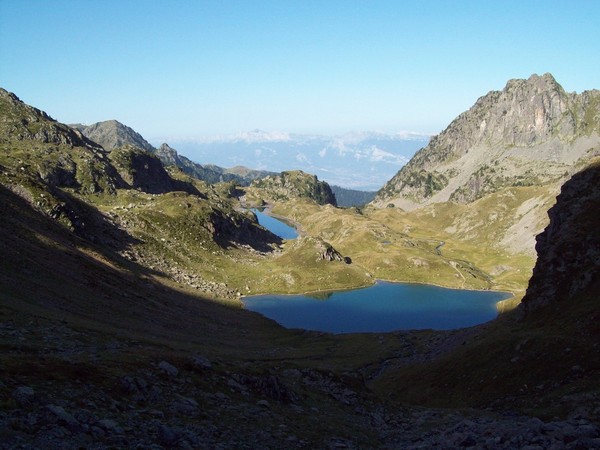 "What will you actually do in France? Isn't it a Christian camp? Are most of the kids who come to the camp Christians? If so, won't you simply minister to those already saved…something you could do at a camp over here?" These are some of the excellent questions that we have been asked in the past.

Yes, it is a Christian camp, in that Christians run it and it teaches the Gospel. However, this is France we're talking about, and there simply are not a lot of Christians around. So, out of approximately 40 French high school students who will come to the camp (a large turnout by French standards), roughly half of them will not be believers, and many of that half have no idea that a man named Jesus existed, let alone died and rose for them. This is an evangelistic trip, where our students will have ample opportunity to share the Gospel with their peers, something not easily done, but wonderfully exciting!

Our teens will go with the express purpose of being Intentional Campers, meaning that they will seek to be intentional in their witness for Christ in everything they do, from hiking (2 days in the Alps), to playing camp games, to participating in Bible studies, to sharing their testimonies during evening worship, to chatting at the dinner table and in the dorms. Our goal is to build redemptive relationships in which we are able to share the Gospel. This is hard work, believe me, and so we rely on God's grace and your prayers on our behalf.

France boasts roughly 0.5% evangelicals. There are fewer Christians in France than in many Muslim countries, believe it or not. This beautiful, yet spiritually dark country is often called The Missionaries' Graveyard, since the work is slow and hard. And yet, French teens are showing an interest in Christ and Christianity. The ministry we undertake at Champfleuri not only reaches some of these teens, it also supports the work of the evangelical Church in France since Champfleuri is the most well-known and well-connected evangelical camp in all of France.

The Lord has done extraordinary work through these trips, to say the least. Over the course of ten years, because of the training we undertake and partnership we've developed with the French evangelical Church (and further opportunities that come with such a partnership), the Lord has called several students into full-time vocational ministry and/or missionary field while still others have described having a global vision of God's Kingdom as they head off to college or settle into service in a local church post-college.